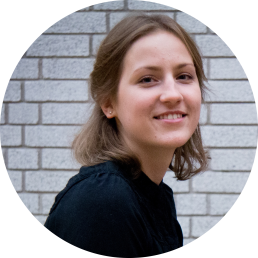 Born in Riga, Latvia Liga began learning piano at the age of six in a local music school. Early on her musical development was enhanced with various concerts, festivals and competitions.

In 2012 she moved to the UK to commence studies at Royal Northern College of Music in Manchester. During this time, she was the recipient of numerous prizes – The Peter Donohoe Prize, The Pattricia Cunliffe Award and Rollo-Davidson Award. Liga also won the RNCM Piano Duo Prize for the performance of Messiaen’s iconic Visions de l’Amen for two pianos, as well as the 2nd Prize at the Christopher Duke Piano Competition in London.

Under the tutelage of Peter Lawson, she completed her Bachelors degree with First Class Honours (2016) and obtained a Masters degree with Distinction the following year. Additionally, Liga has had the privilege to be mentored by such great pianists as Jerome Lowenthal, Pascal Rogé, Kathy Stott, Konstantin Bogino and Philippe Cassard.

An active performer, Liga made her Wigmore Hall debut in 2016 performing ensemble works by Sir Harrison Birtwistle and returned the following year to perform as a soloist at the Tansy Davies Study Day. Other immediate solo highlights include a lunchtime recital at Bridgewater Hall, Manchester (December 2017) and a performance at the prestigious Philharmonie Luxembourg. (June 2018).

As a soloist and chamber musician Liga also regularly appears in festivals across UK and in Europe such as Llandeilo Festival of Music in Wales, NEW Sinfonia Chamber Music Series in Wrexham, Aurora Music Festival in Sweden, Malta International Arts Festival, Festreeval in Luxembourg among others. She has accompanied masterclasses with violinists Sarah Chang and Renaud Capuçon, and worked with choirs towards concerts and charity events.

Altogether Liga enjoys a diverse range of repertoire – from Baroque keyboard works to multi-medial compositions involving film and audio. Her broad interest has led to numerous interesting collaborations and performances in venues such as Wigmore Hall and Central St Martins in London, Stockport Plaza, HOME in Manchester and others. A few examples of projects rooted within a modern idiom include performances of a live score for an original documentary film Birdsong: Stories from Pripyat.; Nicole Lizée’s fascinating Hitchcock Etudes for piano, video and glitch, as well as taking part in a motion-capture research project curated by British composer Benjamin Oliver at Southampton University.

To find out more about Liga’s most recent and upcoming performances, please see CALENDAR.

Alongside her performance career Liga is also a dedicated teacher and has experience working with young students and adults, complete beginners and advanced learners alike, tailoring her teaching style and approach individually. For her teaching CV, references and further inquires please contact ligakorne@gmail.com.